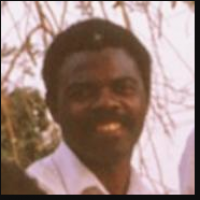 Art Education: He has a teaching certificate at the Kitwe Teachers Training College, now [ Mukuba University. He further went to Evelyn Hone College where he obtained a diploma in Art. A few years later, Setti went to the United Kingdom at Reading University. Where he was awarded a BA Honour in Art. He was also awarded an MA IN Fine Art from the Rhodes University in South Africa in 2004.

Godfrey Setti&nbsp;(1958-2002) was a Zambian artist, printmaker, and writer. Setti received a degree in BA Fine Art with Honours, from Reading University, England, in 1991. He received his master's degree as well and was studying towards a Ph.D. in Fine Arts at Rhodes University in Grahamstown, South Africa He exhibited his works widely in Africa and internationally and is represented in several public and private art collections. His work was included in the 1990 group show 'Art from the Frontline', which toured the UK and Ireland.&nbsp; He showed at the Grahamstown Festival in 2000 and held a solo show the previous year at the Dakawa Arts and Crafts Centre. Setti has also authored a book on Zambian art. Sue Williamson, a prominent South African artist, said in May 2000 of Setti's oil paintings: